Joseph Sommer started his career earlier following his passion into the culinary field.  At age 19 he quickly realized this wasn’t going to be the path for him and found himself as a summer camp counselor trying to figure out his next move.  He soon became intrigued by a fellow counselor who was selling promotional products on his Blackberry…remember the days?

Upon returning to college that fall he changed his major to entrepreneurship and started working on business plans.  Shortly after college he started Whitestone Branding, which he still runs today.

Getting Into Promotional Products

Starting a new business fresh out of college when you’re so young comes with it’s pros and cons.  During his first year he continually used the line, “Hey, will you be my first order?” with every new potential client he met, even though he was already starting to build a decent book of business.

With youth though comes insecurities like, “Will this client really trust me with their $50,000 order?”.  Ultimately though, that insecurity drove Joseph to try harder, get more creative and look to offer better products.

Learning to Say “No”

Another hurdle he ran into though was trying to find his niche.  As a passionate sports fan he dreamed of being able to sell to major sports teams, and turned that dream into a reality making his first sale to the Washington Nationals.  Skies the limit, right?

He quickly realized he’d gotten a lucky, but well earned break; more on this later.  The reality was that he was looking at more businesses like Bob’s Bakery.  This disparity between opportunities made it clear that he was going to have to get used to saying no in order to spend more time trying to get the businesses he wanted to say yes to.

Currently they won’t onboard a client unless that client is willing to pay at least $20,000.  They even implemented an annual strategy session where they asked the team who their least favorite clients were.  You know, the ones you dread answering when their name pops up on your caller id.  From there they figure out the best way to weed those type of clients out.

While most of us wish for luck some of those go out and earn it.  Being the passionate fan he was, Joseph really wanted to work with the Washington Nationals, but how?

He ultimately ended up going with the Dan Cortese / MTV Sports model.  For those not familiar with the story, Dan pestered MTV over, and over, and over with an idea for an alternative sports show.  His persistence was so strong that ultimately one of the producers finally caved in and gave him the show so they wouldn’t be pestered anymore.

Joseph took a very similar approach, but he diversified his targets.  He began calling every single person he could get contact info for within the organization.  He even went so far as to start reaching out to the National’s foundation, which was the tipping point.  One of the directors put him in contact with the person in charge of managing the team’s suites…which led to his first sale.

Another early lesson that Joseph learned was that enthusiasm will only get you so far.  He’d proved that he had the drive and passion to keep grinding, but clients see through that pretty quickly and ultimately you have to also prove that you can deliver as promised.

While he was delivering to his clients, he started to see that new potential clients that were going to be entrusting thousands and thousands of their marketing budgets were scrutinizing his entire business before making a decision.  Understanding this, Joseph started to see that his own brand was suffering because they were projecting a scrappy start-up with clunky website and tools.

At that point they took some time to work on a rebrand that included a slight name change, a new logo, a vastly updated website that looked and functioned at a much higher level.

Previous guest, and former Starbucks President, Howard Behar shared with me a saying that has profoundly stood with me ever since.  In the moment he was talking about corporate culture and he said, “You may not have the culture you want, but it’s the culture you deserve.”

Joseph realized that if he wanted to catch the eyes of other top-tier clients like the Washington Nationals he was going to have to make sure his company and his brand reflected in kind.

Whitestone’s first office location was in a sensible WeWork shared office.  Looking to make a positive impressions, and to network, Joseph figured he’d brand some promotional products so he could give everyone in the office a nice tumbler.

He instantly got recognition and buzz, and very quickly he started to get orders coming in.  However, selling to individuals in a shared office space meant these were orders for 10-20 shirts at a time, not exactly the big leagues he was hoping for.  In the moment this pushed him back towards cold calling, which he admits wasn’t the best use of time.

Fast forward to today and they are leveraging sequenced email campaigns for targeting key individuals.  The trick though was getting the contact information of those key people which Joseph shares during the interview.

Rather than just sending a branded swag item, they now creating themed packages.  You’ll see some examples shared on video, but he also shares a story about how 20 pizza boxes helped to generate over $700,000 in sales last year.  When you combine cool products with clever language like “let me get a slice of your time.”

Pizza: Veggie, sans cheese (he’s a vegan so we’ll cut him some slack)

I’ve been in marketing for over 20 years at this point and I feel that one of the most under appreciated channels by most marketers is promotional products.  I think a lot of it has to do with the over saturation of crappy products that we’ve all seen roaming the halls of trade shows or events.  The issue isn’t promotional products, the issue is the mindset of marketing professionals.

This is the value that Whitestone Branding brings to the table.  They listen to goals, pain points, customer personas, budgetary constraints, and many more data points to help clients develop a strategic promotional products plan.  They highlight KPIs that can be used to show the efficacies of a campaign.  This is why a big component of their agency is around education and awareness.

Joseph shared a great example in how powerful promo products can be with a recent campaign that was focused on a companies own clients.  They wanted to put together employee appreciation kits to really show how much they cared.  The kits included nice Patagonia jackets among other things, and by the end there were seasoned employees that said they had never felt so appreciated as they did then.

He gives another example where a company spent over $60,000 on apparel, but didn’t take the time to actually coordinate sizes for the recipients.  So now you have people getting really nice gear, but suddenly realizing that the gear doesn’t fit them which instantly created angst.  It’s these kinds of thoughtless moments that leave an indelible negative mark in the minds of those you were trying to impress.

Joseph shared a story about an interaction he had with their client Goldman Sachs.  In an attempt to plant a seed for future business, he created a beautifully branded tie label that he wore to a meeting, which caught the eye of one of the attendees.  He was approached after the meeting with an inquiry of what it would take to get 50 of those for his team.

The next day Joseph had 50 more created, and then sent them along with an accompanied deck that outlined his vision for the product.  He didn’t hear anything for over a year regarding the effort, until that person’s number two left the firm to go to another hedge fund.  She called him and put in a $200,000 order, followed-up by being able to host their internal company store.  This is a classic example of how a “throw-away” product can yield profound returns.

The Future of Promotional Products

• Furthering dichotomy between the conventional swag/trash products and the more agency focused firms like Whitestone.

Are Promotional Products for You?

When deciding on if promotional products are right for you Joseph has three questions they think clients should ask:

1. Does the item surprise and delight, and does it make you feel more connected to the brand…in a positive way?

2. Is it going to be an item that actually gets used?

3. Is it high-enough quality that the recipient would be willing to re-gift it.

Joseph says if you can answer yes to 2 out of 3 of these then promotional products are probably right for you.

We hope you enjoyed Joseph’s interview, and hope that hit helps to propel your business forward!

“Gen Z care about their environment. They’re not gonna buy single-use plastics, and they won’t buy swag if it ends up in the trash. Promotional products need to move towards sustainability.” 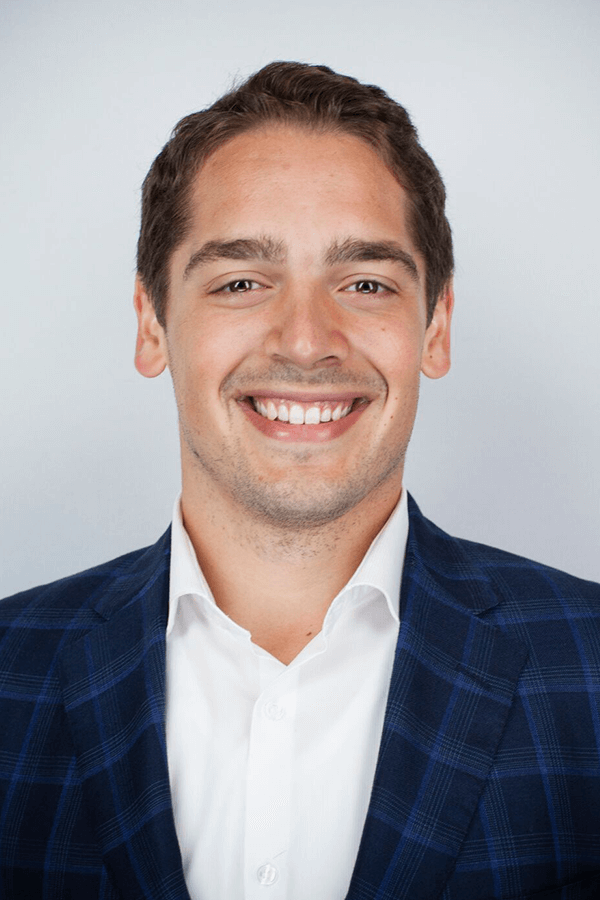