Why You Should Promote a “Speak-Up Culture”

On this episode of Ask An Expert, Stephen “Shed” Shedletzky shares some inspirational insights with us about the positive impact that “Speak-Up Culture” creates.  In short, speak-up culture is a psychologically safe environment in which employees have the openness to express their unpolished ideas, unpopular concerns and disagree with senior leadership.  This more frictionless approach is dramatically transforming the relationship between a company and its employees through transparency, mutual trust and humanity.

If Shed’s name sounds familiar it’s because he’s a highly sought after speaker, coach and advisor.  He’s led countless workshops, seminars and presentations all across the globe.  He’s also been on the Simon Sinek team for over a decade covering Head of Brand Experience, Head of Training & Development, Chief of Staff and speaker himself.

While still in college Shed took a career a job offer at a firm, that unbeknownst to him, was in the midst of a corporate merger.  While still in class he got a message from HR that he needed to call back, leading him to think he was losing his job before he even started.  Surprisingly though, she was letting him know that they were actually still honoring the job offer.

That benevolent moment passed on his first day as it was announced that the company would be laying off over 1,000 employees.  Shed share’s a visceral moment where he saw a woman who had worked there for over 35 years and he say her in trepidation waiting to see if she was getting a pink slip.  He could literally see her physical and mental state deteriorate before his eyes.

In that moment he saw the impact of leaders not knowing what the future was, and instead of being honest about that they just said nothing.  He realized how that uncertainty and lack of transparency really affected a culture in a profound way.

Exacerbating this was his realization that the value proposition of the company he’d been sold on was changing rapidly before him, and yet leadership did nothing to help explain why these changes were.

Through the chaos Shed started mentoring a number of interns that disproportionately  ended up declining full-time offers citing conversations with Shed.  Ultimately this turned out to be deemed “being toxic” ironically in an corporate culture that was already toxic.

A year to the day and Shed walked out of that company and into a short stint at the Ernst & Young accounting firm.  Prior to that he’d heard of Simon Sinek’s work, and actually tried to incorporate Simon’s ideas into the company.  The called it “interesting” and said that they might incorporate in a couple years.  He realized this wasn’t going to be a good fit either.

This lead to him embracing his coaching training and started doing more leadership facilitating, which led to him joining the Simon Sinek team.

Shed has worked with Simon’s team for over 11 years at this point.  How he got there was an interesting story.  After struggling to find his fit he realized that he was living a career that was outside his set of values and beliefs.  He realized to correct it he needed a chiropractic session for his soul and mind.

Through this pursuit he was introduced to Simon Sinek, initially through is famous TEDtalk.  At this point he was starting to write down golden circles on napkins for anyone that would listen.

He eventually made it to a conference to hear Malcom Gladwell speak, and it turned out that Simon was speaking right before him.  Seeing Simon speak in person only amplified the passion and ideas.  After that first introduction he made it a point to stay in contact and as he says, “I just kept showing up.”

I love Shed’s sentiment that so much of where we are in life is from other people wanting to take a risk on us.  From partners in life, to career, to colleagues to customers we’re all interconnected.

Ironically after about 6 years with the company Ernst & Young approached Simon to help them better fulfill their motto of creating a better working world from the inside out.

Shed shares how Chanel, and even the Ontario Government, have a rule where newly hired senior leadership isn’t able to participate in a meeting within their first 90 days.  They can sit in and observe, but they want your involvement limited to just that.

He explains how it’s normal for people that are just hired to think, I need to come in and prove myself.  However, as he explains it, you’ve already proven yourself by the fact that they hired you.  When you come in fresh, it’s better to spend those early days learning the intricacies of the company, the people, their market, etc.

One of the greatest way of a new leader to lose trust of their people is to come in and project that they know everything.  The 90-day period gives leadership a chance to come in and listen.  It’s after that initial period that people will have a greater appreciation for what this firm’s own speak-up culture looks like.

To galvanize this point, Shed shares anecdotes of Nelson Mandela who was asked how he became such a good leader.  He explained that he grew up following his father, who was a community leader and he noticed two things:

As Shed puts it, “By the time it’s your turn to speak you’ve already heard everyone share their thoughts and ideas, which strategically now makes you smarter with a more holistic view of the situation.”

Shed’s passion is to help promote a “Speak-Up Culture”.  In doing so he will often point to some very visceral examples of how badly things can go when you don’t.  Take for example the horrendous tragedies of NASA’s Challenger Space Shuttle o-rings, and the tragic crashes after Boeing’s 737 Max plane debut.  There were people who saw problems, but the culture didn’t allow for these problems to get the exposure they deserved.

These examples also illustrate how bad things can get when you don’t foster a speak-up culture.  People literally lost their lives because these issues didn’t get the attention they needed.

What about the every-day business like a shoe company where if a sole blows out nobody is going to die?

First, lets explain what a speak-up culture is according to Shed. Speak-up culture is a  psychologically safe environment in which people willingly/freely share their ideas, even if they’re half-baked, share their concerns even if they’re uppopular, disagree even with senior leaeders, and even admit mistakes knowing it at the other side is improvement.

This will lead to a good, healthy trusting innovative culture.  If you don’t then you are creating a culture of silence.  That silence shouldn’t be perceived as consensus even if everyone is on Zoom muted shaking their heads.

Missed opportunity, missed innovation, and potential failure of the firm.

From the National Institute of Health, that our relationships with our boss has more of an impact on our health than our relationshjip with our family doctor.  It may not be as immediate, but long-term health implications are profound.

So with “LeaderShit”, you’re not only sacraficing the firm’s ability to grow, it’s also creating real health implications on the team.

While leaders hold more responsibility because of the inherent power structure, he does think there are ways that “we” as employees can make an impact.  We are talking about a speak-up culture afte-all.   The first thing we can do is to simply show up and be the representation of what we want to see at the firm.  Essentially, Gandhi’s sentiment of being the change you want to see in the world.

He states that you can’t really change people in life, but you can influence them.  Ultimately, if you project what you want to see, you create the opportunity that others will also step up in a better direction.  Ultimately though, it’s been proven that we don’t follow companies, we follow leaders.  So if you don’t see the leadership you want in a firm, then it’s probably time that you start looking for you to become a leader yourself, or find a different one that you believe in.

It’s leader’s responsibility to encourage and reward people for speaking up.  That doesn’t mean some grandiose award, rather it means properly showing your team that the company genuinely appreciates them voicing their concerns.  Even if the idea isn’t implemented, a good leader will help to explain why a different route was selected.

Shed makes the case that we really need to put much more effort into management training within our firms.  To often it’s the case that a top performer is noticed, and then subsequently promoted and are in charge of a room full of people that used to be peers.  The reality is that this is a different set of skills and attributes to successfully manage people.

Shed says we should start first by defining what a leader should be.  He states that if we define a leader by performance, then you’re more likely to develop a toxic culture.  Instead we should define leadership by trust and service.  You’re no longer for the results, you’re responsible for the people who are focused on the results.

He further explains that we should make sure the new leadership roles are properly defined, along with the expectations prior to handing someone the responsibility.  Beyond simply explaining the role, organizations need to actually provide training for the new role.

How You Manage Leadership Burnout

During the conversation I asked Shed about a close friend who is the CEO of a mid-size business with about 50 employees.  This leader adopted the roll of trying to check in on all employees across the organization.  Originally the company started as a mom and pop and still has a “family-feel” to the firm, but she found herself getting burned out with the “baggage” that came along with this.

Upon hearing this Shed’s initial response was that a leader should really only have 5-9 direct reports that they really check in on.  Fundamentally the CEO’s role is to look up and out and try and position a firm to capitalize moving into the future, and they should focus on leading their team.

He does think it’s okay to have courtesy check-ins with everyone in the company, but to truly have valuable meetings he thinks that should be limited to the direct reports.  He then goes on to give a great blue print for how these meetings should go:

In closing, 50 is too many to legitimately check-in on, you need a layer of management.  It’s important though to be conscientious of personal relationships so you don’t create a scenario where their manager is skipped

Amy Edminston is considered the mother of phsychological safety and it’s merit.  She studied emergency room hospitals comparing those that had a speak-up culture and those that didn’t to see the difference in medical errors reported.  In the hospitals that had a high degree of trust and phsycological safety there were significantly higher reports of reported medical errors.

When you know that mistakes are interpreted as data points to make room for improvement, you get better ideas to actually improve.

When you have a culture of fear, issues still happen it’s just that people are much less likely to own up to them.  So it’s not that more errors were happening at speak-up hospitals, it’s just that the other hospitals were spending more time and energy trying to hide errors from one another vs. spending that energy trying to make improvements so mistakes don’t happen in the first place.

Favorite Book: How to Begin by Michael Bungay Stanier

We hope you enjoyed Shed’s interview, and hope that it helps to propel your business forward! 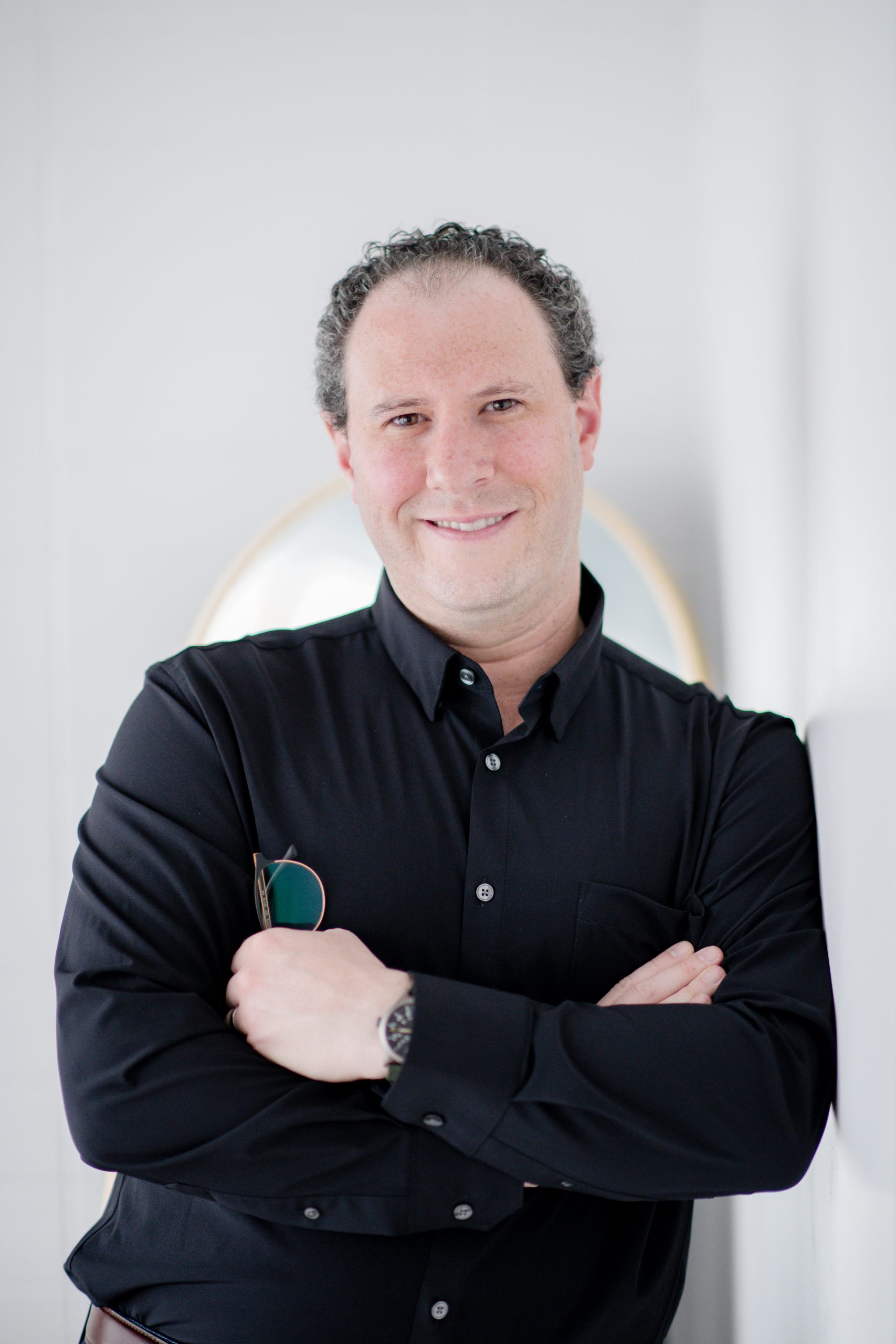