Pascal Finette, Co-Founder of the consulting futurism firm be radical, breaks down the concept of futurism to help leaders and learners more readily navigate the changing conditions of the word, so that you can plot out and forecast what circumstances might have an influence over your business.

Unless you’re actively working in the futurism space I think you might find the topic fairly nebulous.  However, Pascal Finette is the embodiment of one of my favorite quotes, “Think like a genius, but speak in the language of people.”  He uses simple terms like “early signals” and provides tactical tools, like a disruption map, to help companies better prepare for our rapidly changing world.  PLEAS NOTE: We did have some connection issues, apologies for disruptions.

To help illiterate how futurism can help better prepare your business Pascal considers the rippling impacts of self-driving cars.  Driver-less cars are statistically less accident prone, by a wide margin.  This leads to less accidents, which will lead to less hospitalizations, which could have a very negative, and direct impact on private hospitals.  Taking it further though, many organ donors today come from otherwise healthy young adults, who have a disproportionately higher chance of being involved in accidents.  With a future that will likely have less organ donors, innovation is developing in petri-dish and organ pig farms.

Pascal says one of the best ways to evaluate future impacts on your business is to leverage a disruption map, originally coined a future wheel by creator Jerome Glenn.  This tool provides a structure for you begin looking at a potential changing event/product/etc and what implications would arise, and then looking at what new implications would arise from that, etc..  If X happens, then what new implications could alter our business until you’ve developed a clearer map that will help either create risk mitigation, or could lead to your firm becoming the disruptor in the market.  Speaking of which…

Pascal says too many people conflate these terms.  Innovation is often taking something already in existance and making it better, whereas disruption is where you solve an existing problem in a completely different way.  Take banking services.  Traditionally banks required you to go to a branch in order to conduct your transactions.  That is until online banking completely changed the way you could manage your finances.  Suddenly you could be in the comfort of your home, safely conducting your financial tasks right from you phone.   Accordingly, firms should be more focused on disruption vs. innovation because of the monumental impact it can have.

Pascal also makes the point that disruption only happens in the marketplace, not the lab.  It’s one thing to think you have the next big idea, however, the marketplace is the ultimate arbiter.  Thus it behooves you to do as much market research as you can prior to your launch.

Quick Fire Round with Pascall Finette

• Professional Inspiration: Anyone outside his space or demographic, like a teenager from Nebraska;-)

• Favorite Book: Do The Work by Steven Pressfield

Reminds him of a rich kid at the playground that sees a blue bird and decides that he wants it to be his.  This could be a kind way for saying he’s skeptical.  Pascal also shared a story from his days working at Google.  He reminds us that once upon a time Google purchased, and then very shortly thereafter sold Motorola.  Apparently, the inside joke was that Larry Page asked someone to go buy him a Motorola and so the M&A team went out and literally purchased Motorola.  So we’ll see if Twitter follows the same trajectory or not?  For Elon’s sake I hope it goes better as Google took a $9.59 billion dollar loss on that.  Otherwise he’s looking at saying goodbye to $33.75 billions.

Pascal thinks that the future of social media is interesting because he sees two primary consumers.  The first are those that have only ever grown up knowing a world with the internet, essentially Gen Zs.  The other camp are those that first lived in a world without the internet.  This leads to different needs, which leads to increase customization.  In essence, the evolution of social media and it’s role will likely grow differently for the different segments.  We’ve already seen this in the youthful exodus from Facebook to other platforms like SnapChat or TikTok.

While Pascal believes in the underlying technology and philosophies, he thinks the crypto of 10-20 years from now will likely look much different.  Let’s hope so given the recent FTX collapse.  Thus, Pascal sees really interesting innovations, or even disruptions.  He sees an interesting difference between crypto’s like Ethereum that has more utility value in it’s ability to allow development on it’s blockchain vs. Bitcoin that is used as a value store.  He sees challenges ahead for crypto like Bitcoin because

Without a doubt, climate change is the next biggest challenge we’ll all face.  He shares a very direct example of friends of his in India that have recently shared a video of birds literally falling dead from the sky because it’s too hot to survive.  Also shared is a recent study that talks about how humans are not innately geared to survive higher temperatures, when older data indicated it was more viable.  This will make significant portions of the earth less inhabitable.

It’s not all gloom though, as Pascal says we do have the ability to impact climate change, but it will come down to if we choose to make that change.

We hope you enjoyed Pascal’s interview, and hope that it helps to propel your business forward! 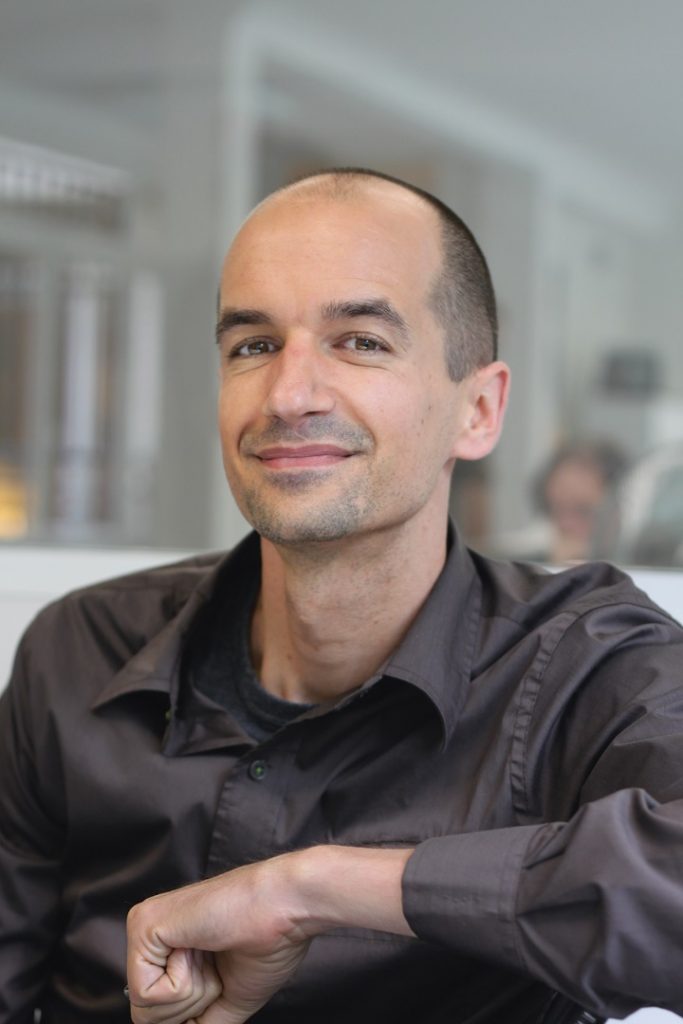 Learn more about be radical